Note: I've read through the other questions and do not believe this is a duplicate (pun intended). Most "file de-duplicators" seem to want to help you reduce filespace. Instead, I want to consolidate and reorganize the directory structure; which will also result in removal of file duplicates.

Over the years I've collect a large number of files (now residing on various Windows 8 machines, USB drives, and a Stora NAS). In the past, I have had various backup strategies. This has resulted in many duplicate files and directories. Further, I've modified some directories, but of course haven't modified each and every backup of that directory.

I don't expect an automated tool to clean things up for me. De-duplication tools, for instance are of little value … I think partially because my files and directories are in such a mess.

I want a tool that will catalog all my files and help me to organize them. The final result would be a pristine new directory tree.

I've tried this before manually. The problem is that there are so many files, I can't do everything in one sitting. I also forget which directories I copied over and which I didn't. Do you know of a tool that could help?

Here are some of the features that I would like:

Since I didn't easily find an answer to this while searching, does it mean I'm asking for something unreasonable? It seems like it would be a common problem.

You can use a general purpose automation tool like Linx to build a process that suits you. A process that might work for you can look like:

Start small. Once you've got the process right move on to the bigger problems.

Here is a screenshot of the Linx Designer: 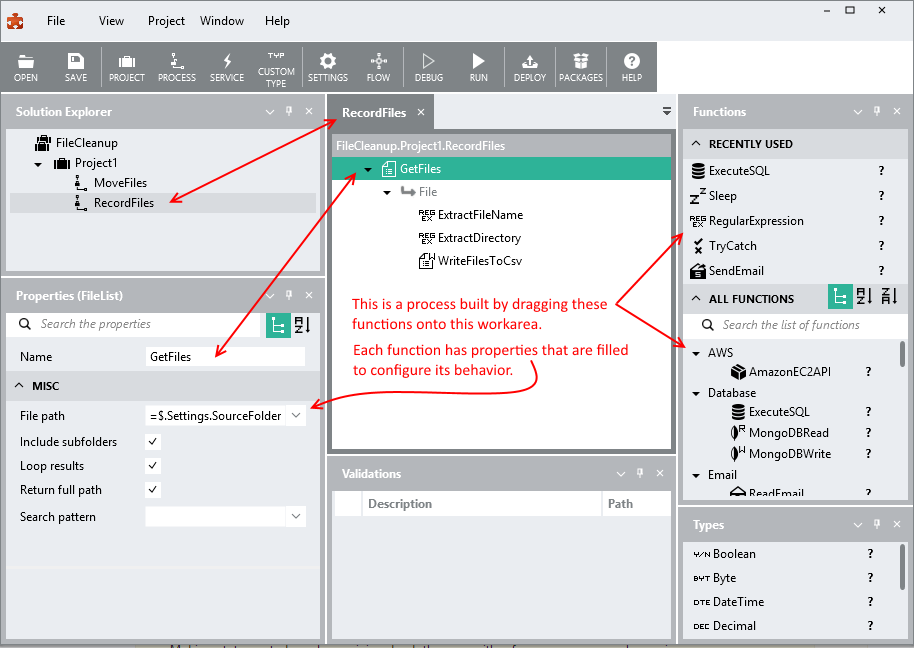 If that doesn't look too scary then

Disclaimer: I'm on the team that develops Linx.

Not the answer you're looking for? Browse other questions tagged windows file-management duplicate-files or ask your own question.

10
Software to delete music duplicates
1
Command line tool to detect non-duplicates fast
11
Tool to validate the integrity of my data files
3
Software to merge/organize multiple iterations of a music library
0
Check for folder/subfolders duplicates in another folder/subfolder BUT not checking for the duplicates in the second folder itself
1
Find utility to look for files not in destination directory tree
3
Gratis Windows tool to find similar, but not identical directories