I am using Windows 8.

I used Mongovue once, I might be a good fit for your needs.

It is what you except it to be from a DB management UI: 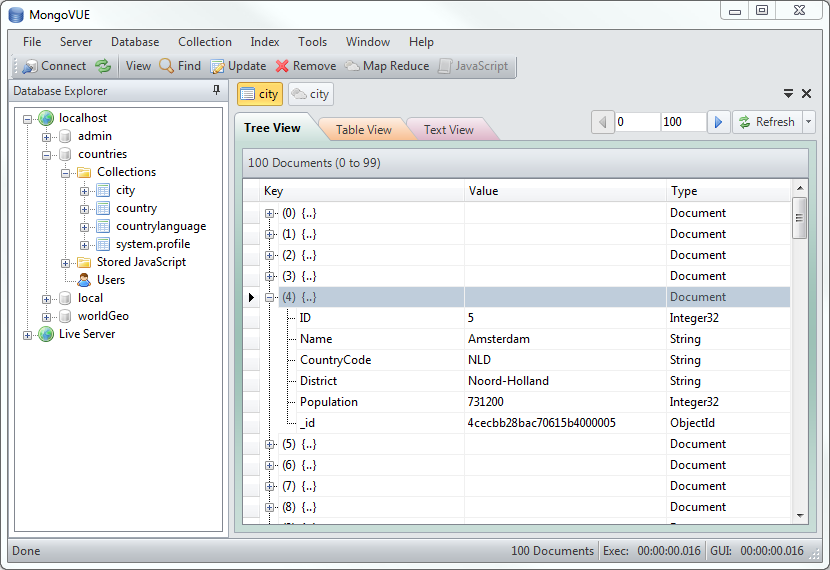 It has multiple editions, ranges from free to $2.5K, but it your requirements are well covered in the free edition IMHO.

You can use Robomongo:

The main difference with Mongovue is that it is shell-centric (while Mongovue is really GUI). So in some sense it is half a GUI, half a CLI, with all the pros and cons CLI and GUI have. 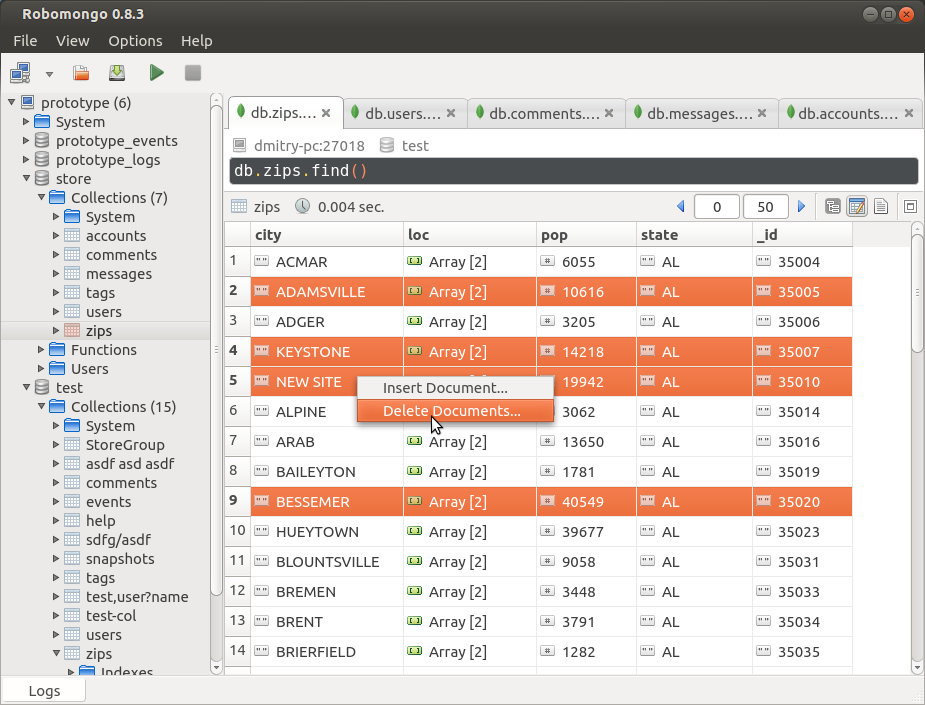 You can use RockMongo. It's basically the equivalent of PHPMyAdmin for MongoDB (i.e. web-based, and you need a PHP server). It does all you asked for, and has a few more features: 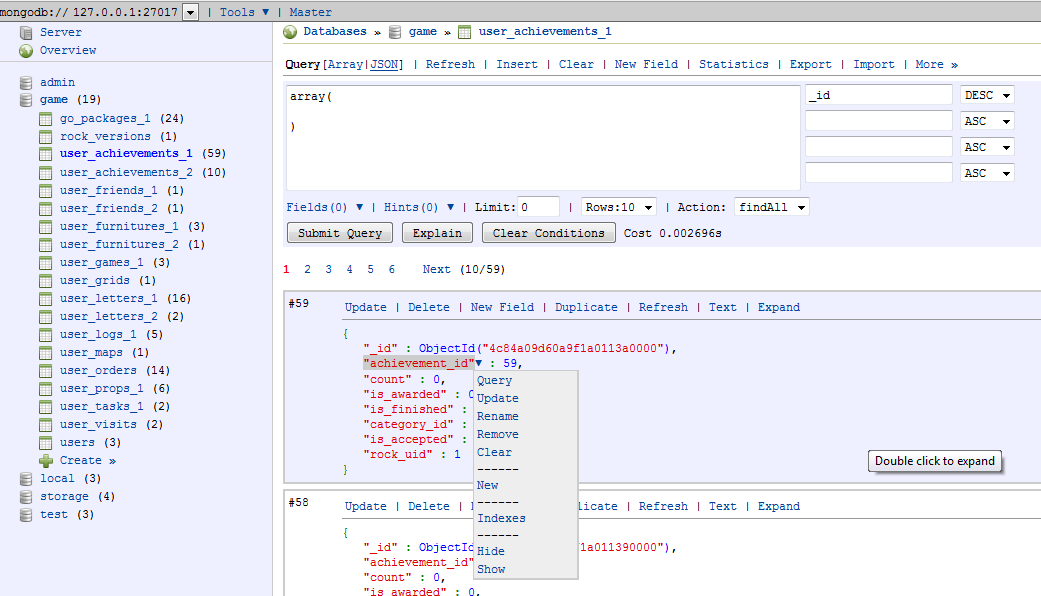 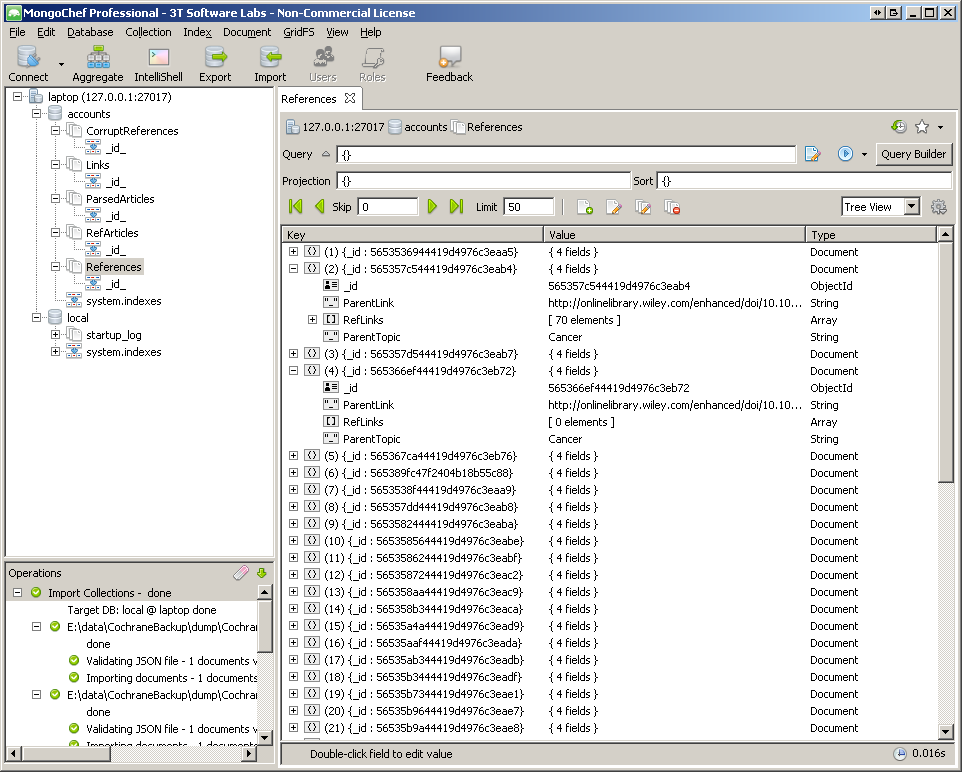 Recently I discovered a tool simply called DbSchema ( http://www.dbschema.com ). First of all I was impressed because they do diagrams for MongoDB. Second I found great an data explorer from them, where you can explore data from each collection and sub-documents in a separate window.

Now I am dealing with virtual foreign key from them, to explore data from two collections bind referencing one the other via ObjectId's.Look for DbSchema tool, is great for the diagrams they do for MongoDB, query builder and data explorer.Some features you may discover inside like virtual foreign keys makes the interaction really similar with relational databases, where you can place data in multiple collections and join it with ObjectId's.I was surprised to see is possible to have diagrams for MongoDB as well, as for any relational database.

Go for the tool DbSchema. Have a look on relational data browse and the virtual foreign keys there, they are a step forward in designing a database with data over multiple collections and references between them via ObjectId's. 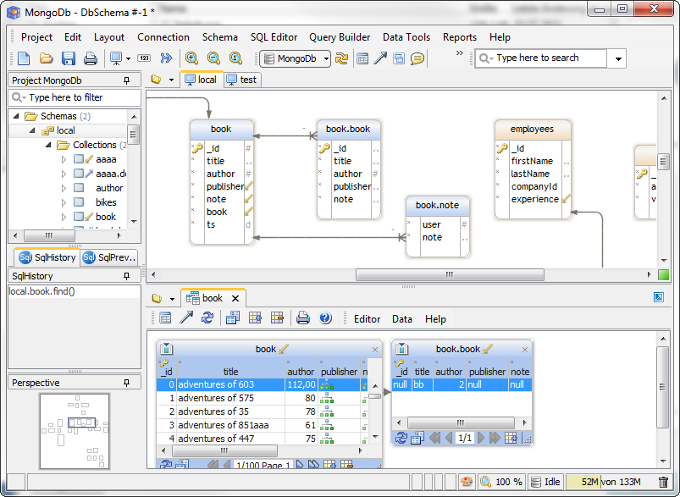 Not the answer you're looking for? Browse other questions tagged windows database mongodb or ask your own question.