I am looking for a program that can restore the system to a pre-configured state for every boot.

This is basically for me to run a kiosk computer (shared with everybody). I need to make sure after somebody has finished using it, it resets.

Reboot Restore Rx is a Freeware utility that makes it easy to maintain PC’s in small public access computing environments (classrooms, computer labs, kiosks, internet cafes, libraries, etc.). Every time you restart the PC’s - they will automatically reset to your desired baseline settings

For Microsoft for 32-bit versions of Windows XP and Windows Vista, you can use the freeware Windows SteadyState (theoretically incompatible with Windows 7 and later, although some people made it work with Windows 7) 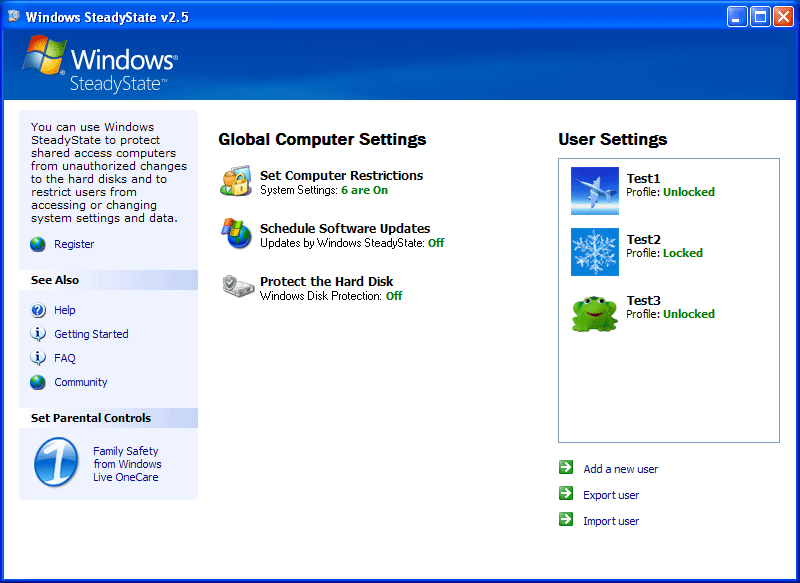 SteadyState can revert a computer to a previously stored state every time it reboots, or on administrator's request. When Windows Disk Protection (WDP) component of SteadyState is turned on, changes to the hard disk are redirected to a temporary cache. WDP offers three modes of protection:

SteadyState can prepare user environments. User accounts can be locked or forced to log off after certain intervals. A locked account uses a temporary copy of the user's profile during the user's session. When the user logs off, the temporary profile is deleted. This ensures that any changes the user made during his session are not permanent.

SteadyState provides simple control of more than 80 restrictions covering both individual users as well as the system as a whole. Many of these settings are based on Windows Group Policies, while others are implemented by SteadyState itself. Using SteadyState, an administrator can forbid a user from performing actions that may be undesirable for that environment. Some settings include the ability to turn off the control panel, disable Windows Registry editing tools that come with Windows, disable Command Prompt and stop the users from executing batch files or programs outside pre-approved folders. 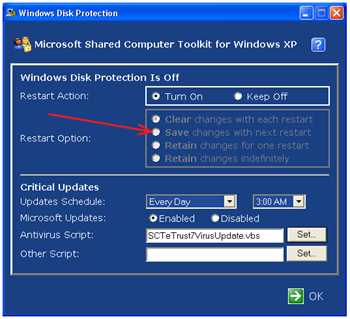 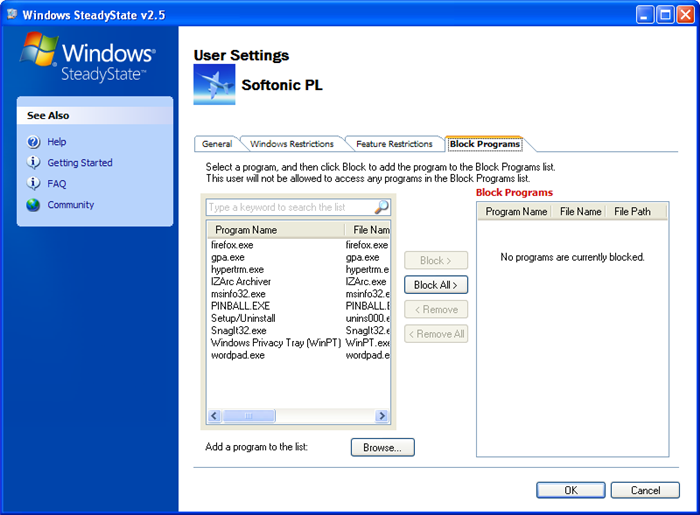 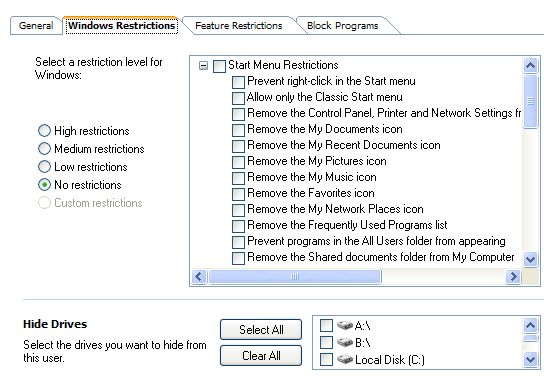 Note that Microsoft has discontinued SteadyState. As of 31 December 2010, SteadyState is no longer available for download on the official website.

For Windows 7 Enterprise® / Windows 7 Ultimate, you can use the freeware Steadier State.

Steadier State freezes the computer as an image and creates a snapshot of the current activity as a virtual C:. Restarting gives the option to roll back or keep the new snapshot by creating a new option at boot: 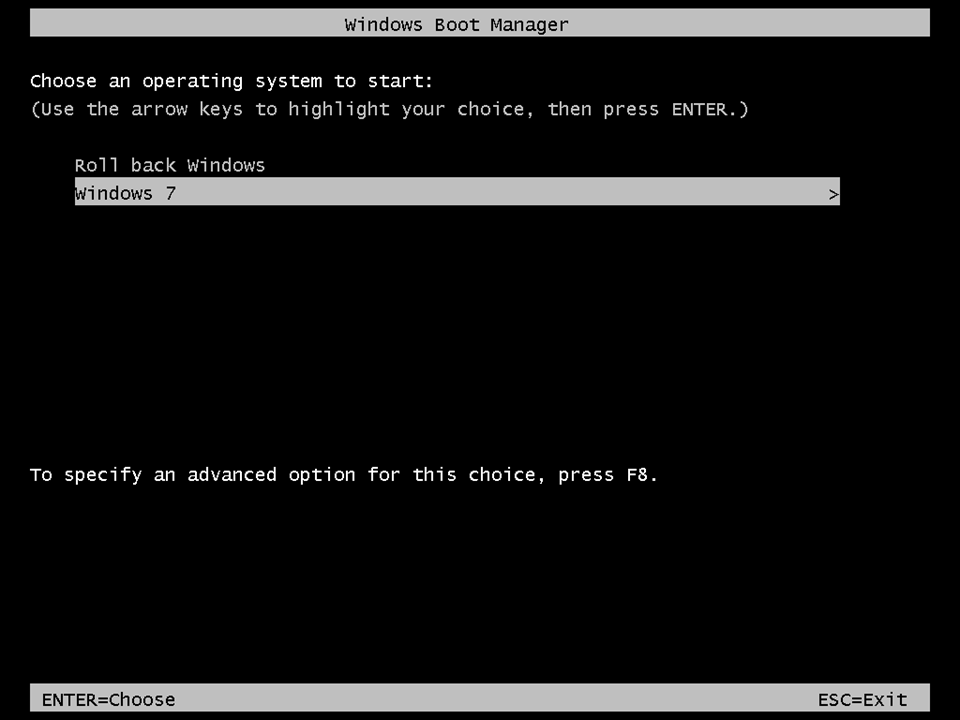 Not the answer you're looking for? Browse other questions tagged windows windows-7 or ask your own question.

16
Is there a program to control other computers from another computer?
36
Program to save visible windows' locations and later restore the layout
8
Windows program to show available updates for all programs on computer
1
Looking for a sync program that can replace and restore files
1
A application that can serve a PHP/MySQL a program over a network with low configuration
2
A program to make my computer do a certain thing on a website every 30 minutes for two days
0
Tool to replicate a computer with Windows/Linux dual boot
1
Software to Freeze Changes to a Windows PC