Inkscape has a number of useful features, but it tends to create SVGs with certain Inkscape-specific tags which makes it difficult for SVG editing software on other platforms (such as Adobe Illustrator) to open them.

Is there an alternative SVG editor for Linux (Ubuntu) that does not have this problem?

The only alternative I know of to InkScape is sK1: 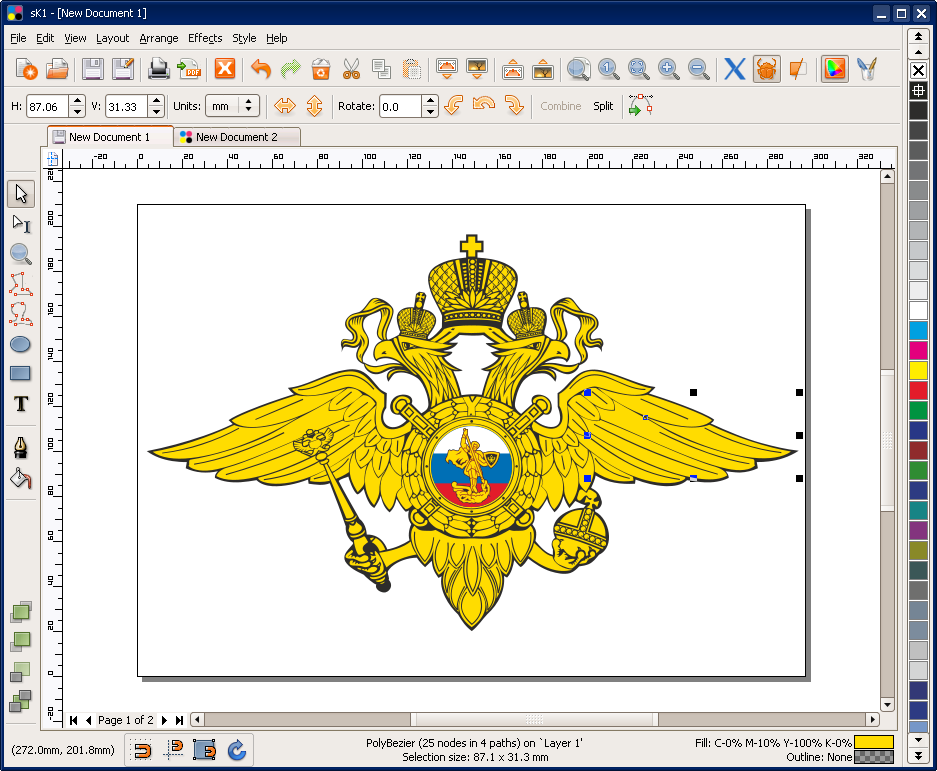 I've only used it for simple web design SVG editing, but it appeared to work fine. Less features than InkScape, but it does seem to import from proprietry programmes (such as CorelDRAW) a little better than InkScape. It exports to PostScript, and thus to Adobe Illustrator (5.0) rather well.

It's certainly in the Fedora repos:

(Note: the capital K when installing, but sk1 to launch from the command-line)

It may not be in the Ubuntu repos any more, but webup8 have made a PPA, have a look HERE

Try to Save as > Plain SVG.